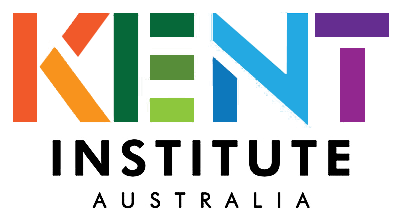 A new owner, an investment injection, and a complete audit of business processes and information systems led the Kent Institute of Business and Technology (Kent) to replace its legacy system with RTOManager. It was a very successful transition to an enterprise management system due to the commitment from Board down, the establishment of a key user-team, and a culture of continuous improvement.

The Customer & Their Requirements

Operating for 25 years (founded 1989), Kent started out as The Centre for Academic Excellence – an IT training centre. Developing its own Diploma Courses in Business and in Business Computing, they were quickly accredited by Government and listed as provider of courses for overseas students. In 1994, the company changed its name to Kent Institute of Business and Technology and continued to rapidly expand, forming strong partnerships with overseas education providers, developing its own technology to support operations, and offering Bachelor degrees. Today Kent has a solid reputation as a provider of high quality competency based VET and Higher Education courses that meet industry standards. Over 5,000 students have graduated from Kent’s Sydney and Melbourne campuses.

Kent has always viewed technology as an enabler and means of achieving an edge over competitors. In 1999; when the PRISMS student management system was released by the Government, it revised its enrolment procedures to meet PRISM requirements and developed its own internal system to provide better service to students. Over the years the in-house legacy system supported the business however, after a change in company ownership and a high growth period, Kent audited its communications technology and decided to invest in a new system. The requirements were: to outsource the technology, mitigate risk, reduce redundancy, support multiple campuses, move to a user friendly, web-based enterprise-wide system and add new functionality.

Kent reviewed two reputable providers however the high overheads and cost per student ratio made them unfeasible. They then found RTOManager, the system met all of the requirements, was within budget and, after seeing the system live in another college, the deal was clinched.

Having experienced IT staff in house, along with their expertise in educating in business technology, Kent knew what it needed to do to manage a successful implementation project. They had already audited their business processes, they developed a strategy to succeed and they set clear objectives. User buy-in was paramount. The project was supported from the Board down and involved key administration people, the finance team, the CEO, and the CFO. The team did everything from defining the feature set to the delivery to their departments.

Once the test site was live, the project team intensively reviewed RTOManager and, embracing the new functionality, a set of standard operating procedures evolved.

The next step, the hardest in the whole project was data migration. Kent’s system had been around for a long time, it held a lot of data but it was a ‘fl at system’ which added a level of complexity to the task. There was also a lot of data cleaning to undertake. The initial decision was to only move current students into RTOManager, and keep the old system as an archive.

Daniel Burt, Information Technology Manager, said, “The RTOManager team was fantastic, they were excellent to deal with. They stepped into a data field matching minefield, and came out unscathed.”

The users found RTOManager so responsive and easy to use they hated going back to the old system to retrieve data. “We decided to migrate all the data from the old system as well. In hindsight, we should have made this decision initially as it set the project back three months [largely due to data cleaning] but the results have far outweighed the cost,” reflects Daniel.

After the data was accurate and working correctly, training and testing the system was simple. The team was ready to change and they embraced the technology. Key personnel attended the RTOManager training sessions and a train the trainer approach was taken for the rest of the team. As the data migration timeframe was extended, the team had a lot of time to use the test site and adjust the existing processes to the new technology.

The system went live in July 2014, ready for the Higher Education intake in late August.

“We’ve met all of our objectives in moving to RTOManager and we know we have the technology which continue will grow with our business,” says Daniel. “While RTO is in the name, they system works perfectly for Higher Educational institutions as well. It was just a matter of adjusting some terms and reports.”

“We’ve completely mitigated our risk by using an external partner, and we no longer rely on one staff member to develop and maintain our technology. There is now a lead team of three from within the business who manage the partnership with RTOManager. This ensures that operations and technology are inherently linked and we are presently filtering all Service Desk queries through these key people in order to develop in-house training materials. Filtering this feedback enables us to pick up any ‘help patterns’ so we can solve things in house, or determine if it’s a process or technology based solution.

“Communication has improved across the board and our administration and academic staff we are making full use of the communications logs, mailing groups and other handy functions. Through the student portal we now offer a one-stop shop of student services.

“We see the whole business now, in real time. We run everything except the non- academic accounts through RTOManager. We make more confi dent decisions about our business as we see the full picture and can react quickly,” says Burt.

Kent and RTOManager are now working on the release of the CRM module, SMS functionality and the online payment gateway integration.

We welcome the opportunity to learn more about you.

Contact us today for a complimentary, no-obligation discussion to determine if Meshed solutions
meet your organisation's needs, resources and budget.

Meshed™ is a registered trademark.